THE BROWN CUP IS BACK!

The Brown Cup Scottish Schools Event comprise two days of race coaching on Saturday and Sunday, June 11th and 12th  followed by a day of racing on Monday June 13th to compete for the Brown Cup Inter-Schools ranking as well as individual and class rankings.

History of the Brown Cup

The idea of widening sailing competition beyond club membership to local schools was the idea of Jack Brown, who was the Commodore of Loch Earn Sailing Club from 1960 to 1962. He put up the Brown Cup for annual competition. Thus the Club began hosting a June regatta, specifically for sailors still at school, which is unique in Scottish sailing circles.

Jack’s daughter, Morag Donaldson, mother of present member Graham, was also to become Commodore some years later and kept up the family interest in the event. In the early days fleets were small and largely dependant on the children of members conning a day off school in June to compete in their parent’s boat. There were also entries from establishments like Morrisons where sailing was on the curriculum. The boats were mostly wooden hulls and masts.

Harvey MacMillan (Commodore 1992) was probably responsible for the most significant modern change in the format with his successful attempt to make the regatta nation-wide. His invitations to schools all over Scotland brought entries from Oban to the Borders and the event is now a fixture in the sporting calendar of many Scottish Schools with fleets in the range of 40 – 70 boats. Mark Champion, gave the event a fantastic boost in 2002 by bringing in Sponsorship from Skandia.

Mark and his team continued to work with Skandia through to 2006. During these years the event has had some great support from Skandia, in particular Andy Hazel, which resulted in Team GBR helping out. In 2006 Steve Mitchell, who was campaigning the Star, and Sparky, Team GBR Head Coach, came up for the event, passing on some great advice to the sailors taking part; in the form of a pre-event briefing, on the water coaching and a de-brief at the end of the event.

Mark handed over to Colin Tait for the 2007 event. With the help of Cammy Murray then Vice Commodore, Alan Forsyth then Commodore, Neil Morris training principal and continued help from Jack Halcrow (again to name but a few) Colin continued the progress made by Mark. The continued support of Andy Hazel from Skandia and Roy & Graham McCubbin from RYA Scotland made last years event a great success. In 2007 Andy also enlisted the help of Gul who very kindly supported the event with branded rash vests for all entrants.

Andy and Colin were keen to see the event evolve further. During the lunch break last year Colin, Andy, Roy and Alan had a discussion on the future of the Brown Cup resulting in the plan to expand the event to a Weekend Coaching Camp followed by the Brown Cup on the Monday.

Brown Cup Coaching Weekend & Scottish Schools Championships 2008 Loch Earn Sailing Club hosted a training weekend on the 31st May and 1st of June to provide race coaching prior to the Brown Cup scheduled for Monday June 2nd. This was the first time the Club had tried this format with the aim of providing a way for the Scottish Squad / Area Squad sailors to sharpen up their skills and more importantly to provide a taste of what coaching is all about for School Children who had no previous coaching experience.

In 2008 the event was sponsored by Subsea 7 and gforce sailing with all the competitors receiving free t-shirts. RYA Scotland provided an excellent coaching team for the weekend. The coaches led by Roy McCubbin RYA Performance Manager were Graham McCubbin, Kirsty McSeveny, Richard Evans, David Sword, Michael Gorzkowski, Craig Moffett and also on site was double Topper World Champion Cambell Davidson who was passing on some excellent advice and tips to the Topper Dinghy fleet.

38 boats entered the training weekend; On Saturday they were split up into groups led by a coach. Mornings were spent working on and improving their sailing techniques followed by lunch onshore. The afternoon was spent practising starts with numerous short practise races.

A barbeque was held on Saturday evening and with the wind filling in a few boats took the opportunity to get in some more practice.

Sunday followed the same format as Saturday with the coaches concentrating on improving sailing techniques and boat handling. The wind freshened in the afternoon with the fleet taking part in a series of short races with separate starts for the Topper & Laser Fleets. This gave an excellent opportunity to practise their starting techniques ahead of the Brown Cup.

After the sailing on Sunday, a debrief session was held and Cambell passed on his advise on what it takes to become a World Champion.

On Monday morning 20 more boats arrived from Schools all over Scotland giving a fleet of 58 boats for this years Brown Cup Scottish Schools Championship. Unfortunately the wind refused to fill in and reluctantly the Brown Cup had to be cancelled.

The training event proved to be a great success this year and Loch Earn Sailing Club will be running the same format next year, this time hoping that we get the wind for the Brown Cup which will be celebrating it’s 50th anniversary next year.

In 2013, eighteen schools from across Scotland competed for the Brown Cup at Loch Earn Sailing Club last year. Congratulations to the team from Dunblane High School who were the worthy winners. Fortrose Academy was a very close second with only one point separating the two teams. Full details of the results are given below.

Once again the Brown Cup in 2014 was a great success. 36 boats took part in a great training weekend followed by the Brown Cup on Monday with an 80 boat turnout. Thanks to all the helpers from LESC and helpers from the visitors who all helped the event run like clockwork. Well done to Hermitage Academy in first place & Robert Gordons College in 2nd place.

Great to see LESC club members taking part .Well done to Aaron Murray fifth place in the H/cap fleet, Nicol Halcrow 18th in the H/Cap fleet & Anna Scougal 15th place in the Topper fleet. Anna has been sailing hard in the club races in her Topper and 15th place in a 33 boat fleet was an excellent result.

I’ve left the best to last and what a result for the Orr family & LESC with Cults Academy finishing in 3rd place for the Brown Cup. Mhari finished 6th in the H/Cap fleet, Alex finished 8th in the H/cap fleet & Becky finished 10th in the Topper fleet. This is the best overall Brown Cup result during the years that I have been involved from LESC members so well done.

84 Competitors assembled at Loch Earn Monday 8th of June for the 56th Brown Cup in 2015 and the cup was hotly contested between McLaren High School & the 2014 cup champion, Hermitage Academy.

Unfortunately due to a technical glitch with the results software when applying the count back the cup was incorrectly awarded to Hermitage Academy and not corrected until after the prize giving. A big thank you to Catie Warburton who spotted the glitch with her result and brought it to our attention and our sincere apologies to both Hermitage & McLaren for the mistake. Well done to McLaren High School for winning the 56th Brown Cup by one point over Hermitage Academy.

This was the first time in the history of the Brown Cup that McLaren High School have taken the honours: congratulations to Catie Warburton, Alastair Murphy & Andrew Murphy.

The 2018 Brown Cup Scottish Schools Championships took place on Monday 11th June at Loch Earn Sailing Club. LESC have been proudly running this event for Schools for 59 years and were delighted to welcome back Brooks Macdonald as the event sponsor. They very kindly supplied logo'd rash vests for all the competitors.

Prior to the Championships a training weekend was run by coaches who had all been previous Brown Cup entrants.

The weather was perfect for the event this year with a steady easterly all day ranging from 6 mph to 12 mph by the last race. This resulted in three great races with plenty of action for the spectators in front of the race box.

The Brown Cup is unique in that as well as the squad sailors who are seasoned race competitors, many of the entrants were sailing a regatta for the first time. It was great to see a high standard throughout all the entrants and the hope is that some of our new competitors have now got the desire to do more regattas.

2020 Cancelled due to COVID

2021 Cancelled due to COVID 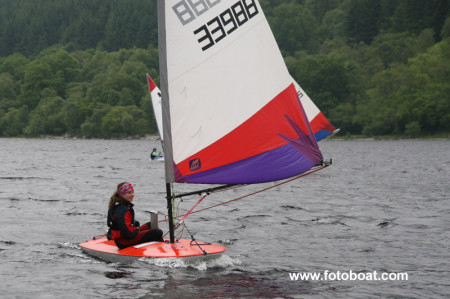 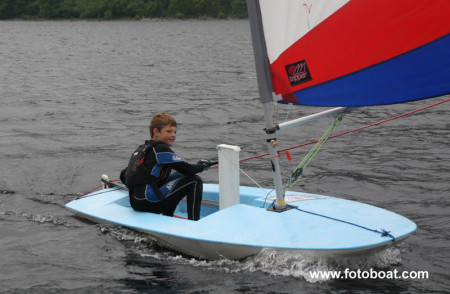 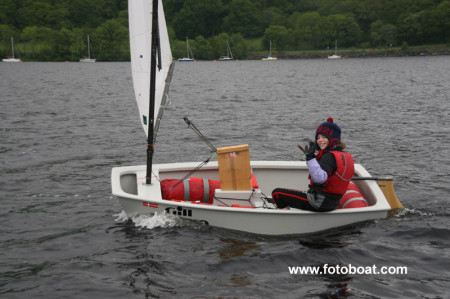 Join the fun by booking your place at this year's Training Week. Potential new members are also welcome to visit in-person any weekend April - October.

For all general questions,
please use this 'Contact Us' form.

Ready to apply for membership? Click the link below to complete your application.

Please note there is currently a waitlist for keelboat moorings